Without love, marriage is just business. At least that’s what Claudia Mason tells the women who seek her firm’s unique services. With wealthy husbands who see their wedding rings as meaningless pieces of jewelry, they trust Claudia to do whatever is necessary to gather the hard evidence needed to shatter an ironclad prenup.

She is the best in the business and has yet to meet a mark she couldn’t get the goods on— solidifying her belief that no man can be trusted. After landing a client who is her ticket to retirement, she is on top of the world. Until a chance encounter with Greyston Michaels turns her carefully controlled world upside down.

Greyston shows Claudia a part of herself she thinks she’s lost, making her question everything she believes about men—and love. But in Claudia’s world, following her heart is bad for business. And business is everything.

My first book from S. Simone Chavous and I was pleasantly surprised. It was a different take on the same old story, and it was refreshing reading about a heroine who is confident in her sex-appeal.

“Without love, marriage is just business.”

Homewrecker Incorporated tells the story of Claudia, a career driven girl, who stays as far away from love as she can. Marked by events that happened in her past, she now runs a successful company who helps its clients uncover their cheating spouses. The business is booming and when hired to help the wife of a powerful man in Chicago discover whether the later is cheating or not, Claudia gets more than she bargained for. She meets Greyson, the twin brother of her mark and that sparks are flying. Their story isn’t easy and they have to overcome a lot of obstacles to be together, but in the end is Claudia who has to decide if Greyson’s love is something worth fighting for.

“Because I love you, Claud, and you need to let go of the past if you want any chance at a future.”

I enjoyed reading about Claudia and her friends. She is a breath of fresh air in a book world where every heroine is the ugly duckling in the beginning. This is not the case with her – she knows she’s beautiful and sexy and uses that to her advantage.

Greyson is not your typical billionaire either. He’s not the cold hero you’d expect. He’s powerful, yes, but in his personal life he’s a sweetheart. He would do anything to make Claudia his and make her see how much he adores her.

The story was a bit predictable, but that didn’t take away from my enjoyment of the story. Each character had an intriguing story and I was and still am excited to see what happens next. The author’s writing style is easy to follow, and it kept me interested. The suspenseful moments were perfectly entwined with comedic ones, and the sensual scenes were very nicely written – hot and steamy, but with lots of emotion.

All in all, Homewrecker Incorporated is a good read. It will make you swoon and fall in love with the characters, but it will also leave you wanting more. Its unique flair is that it doesn’t follow the overused pattern of contemporary romance/erotica, it gives you 4 amazing female characters that every woman should cheer for and aspire to be like.

“So, Grey, what exactly is the purpose of the business meeting? Are you going to give me pointers on how best to serve your brother?” His jaw clenched and a fire lit in his eyes. “As his new assistant,” I added, turning my body toward him. His face relaxed as I took a sip of my drink.

“To the contrary, like I told you, I need a new assistant. I believe your talents will be better utilized serving me.”

He placed his hand over mine around the glass and pulled it toward him. His unexpected touch sent goose bumps over my skin. Keeping his eyes trained on me, he took a drink from my glass. His tongue flicked out over his bottom lip to catch a stray drop of the clear liquid.

“My need for you is far more urgent than my brother’s,” he continued, his eyes burning into me as he took the lime from the rim of my glass and sucked it between his lips. “I’ll have one of these, as well,” he told the bartender without looking at him.

I pulled my lip between my teeth and bit down to temper the urge to kiss him right there in the middle of the crowded restaurant.

Between the drinks and the stress of the day, I was far past worrying about my responsibility to Elsa Michaels. The only thing I was worried about was getting some release and from what I could tell, Greyston Michaels could give me that and more.

“You are the most stunning woman I have ever seen,” he whispered, inching closer. “Those eyes, I’ve never seen anything like them.”

“Oh yeah.” I smirked. “What color are they?” I closed my eyes before finishing the question. No one ever really noticed their true colors, so I expected an educated guess at best.

“Well”—he leaned over and whispered in my left ear—“the left is sea green with hints of blue, like the ocean when you’re far out looking down into the depths. The right”—he moved around, letting his lips brush ever so slightly over my forehead, to whisper in my right ear—“is blue like the sky on a perfect summer day.”

I opened my eyes, surprised at his accurate response. My heterochromia typically eluded most people, even those close to me would say my eyes were either green or blue, never one of each, a trait inherited from my mother.

Whatever was left of my instinct to fight the attraction between us dissipated as I leaned forward until our lips were mere centimeters apart. “You’re going to regret me,” I whispered against his mouth.

“The only thing I would regret is not kissing you right now,” he breathed, closing the gap between us.

Simone Chavous is contemporary and paranormal romance author. Her debut trilogy, The Fate Series, has been a best seller in the paranormal romance category. When she isn’t writing, she enjoys reading, sketching, cooking, and spending time with family. She lives in northern Indiana with her boyfriend, two beautiful daughters, and their rambunctious vizsla.

To learn more about S. Simone, please visit: www.ssimonechavous.com or connect with her on Facebook at www.facebook.com/ssimonechavous. 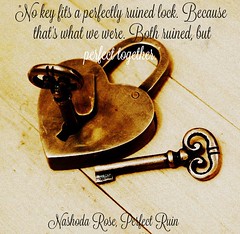 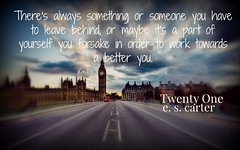 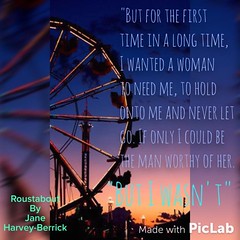 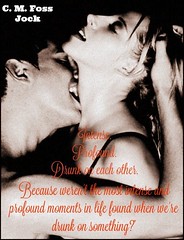 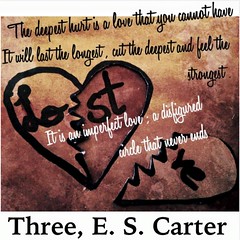 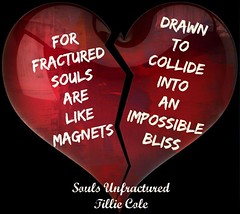 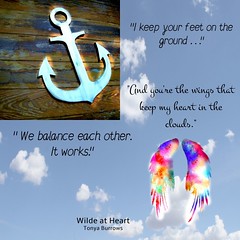 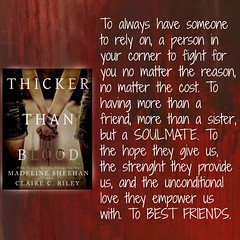 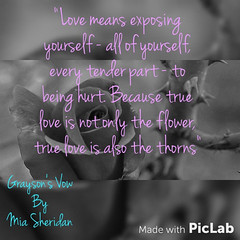